We are extremely honoured to have Angela Dale part of our designer roster this year, most specifically sharing her MakeFashion creative talent with us. The opportunity to celebrate design fashion with wearable technology, we knew would be a bold, yet powerful way to showcase the cause of our event – for heart health research and perhaps the future of fashion for good health.

Among her many creative projects, Angela has been part of Calgary Stampede Grandstand Show’s stage and costume creation and also was involved in Chinook Mall’s famous mall living statues at Christmastime! Angela Dale has been designing and building costumes and props for over 25 years. She began her career in Halifax and has since worked in theatre, film, dance and opera in Nova Scotia, British Columbia and Alberta. Angela has a background in theatre and art with a Certificate in Costume Studies from Dalhousie University, a BFA in Fine Arts from NSCAD University and an MFA in Design and Technical Theatre from the University of Calgary.

Angela has also worked as a wardrobe supervisor, costume cutter, draper, and milliner on numerous theatre and film productions creating a wide variety of the weird and wonderful for the famous and not so famous. Her research interests include wearable art and technology, performative costumes, surface design, fabric manipulation and mask making. Angela lives in the foothills outside Calgary, Alberta and works as a designer and costuming instructor.

Beating beauty; The technology of the dress

Beating Beauty is a Tech Couture ensemble designed and created by Angela Dale, that utilizes the beating heart as a means of expression. Angela has something incredible planned for Kiki, knowing that she is our campaign’s heart health model, and survivor. We feel this red dress will be a perfect place to incorporate a heart rate sensor into a fashion piece to have a pulsing light display that provides a visual of  Kiki’s heartbeat.

Kiki will be wearing a Polar heart rate sensor which will wirelessly transmit heat beats to a receiver chip in the custom made fascinator. The receiver chip will be wired up to a micro controller and a number of LED’s that will be programmed to pulse with the heart beat. The light from the LED’s will be diffused by a variety of materials in the fascinator to create a soft glowing light display.

We have previously highlighted Kiki Buttignol’s story of heart-health here. Read a snippet of her incredible journey below:

“Having a heart attack is a life changing especially as a 31-year-old woman. My biggest realization was that in order to care for others, I needed to care for myself first.”

Both Kiki and Angela are sure to delight us on February 11. Still need to purchase your ticket? Purchase yours by visiting us here.

From our hearts to yours, 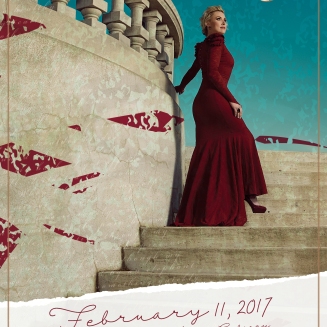 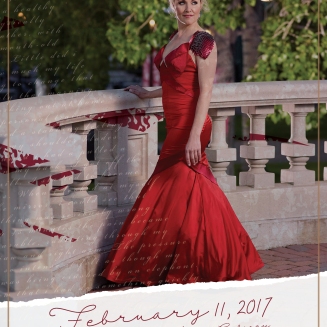 More about our Heart Truth journey…